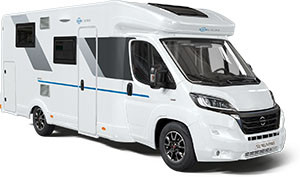 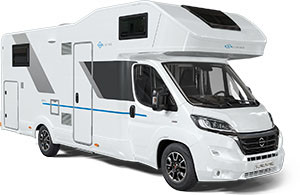 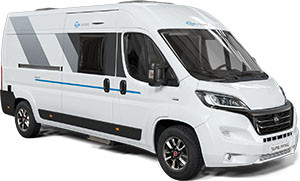 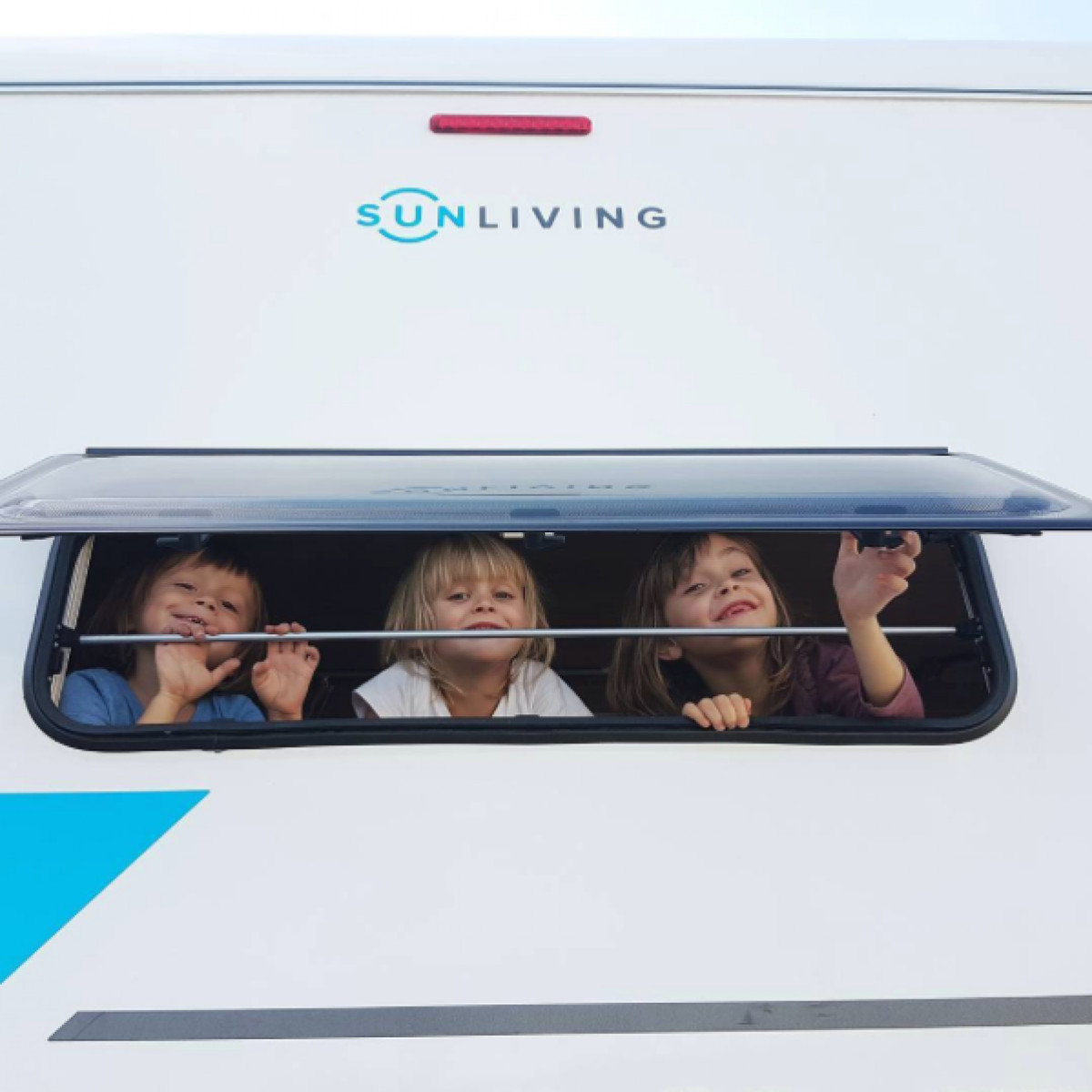 We are a family with a big passion for boardsports and outdoor activities, not counting in grandpa, grandma and the uncles, it was the five of us who decided to travel in a motorhome and find out if the kids would love being on the road.

Our kids are three, five and six years old, and a baby is on the way. This plus a dog, we thought it could be quite tricky to see the ocean and mountains and #explorenewplaces. We decided to travel in the off-season and drive as far as we could get in a month.

We are travelling a lot with the kids, and have recently been to England, South Africa and Portugal with them. Yet we had no idea how this adventure would turn out. But then again, all the inspiring travel blogs and Instagram accounts tell you to get out of your comfort zone. Initially we thought we could do the whole trip in a small van, as the kids are still young. When we found out about Kathi expecting another baby we had to rethink sleeping options and the needs in the car to make everyone feel good about the whole trip. And we looked into the range of Sun Living to find the motorhome we thought would match our needs: the A 70DK.

When we picked up the car, the kids immediately fell at home. They brought some of their toys and books and turned it into theirs. For us it was a new experience to pack up more things than for other trips, but we had no idea where the trip would take us, and what the weather would be like. We had a rough plan in our head, to drive from Austria over Switzerland to France to go surfing, and possibly even down to Portugal. But we also thought about going snowboarding somewhere in the Alps, as the season could possibly change during the trip.

To our big surprise we managed to fit a lot of stuff into the motorhome’s garage: 2 surfboard, 4 skateboards, all the bags we’d need to work from the road (computers, cameras, etc.), clothing for rainy days, extra boots and a lot of organic food that we bought at home - just in case. And all our regular clothes found space in the overhead storage of the car. Each kid had an own bin for their clothes, as did we, and there were some for toys and books. And we found a perfect place for our dog by taking out the small dinette table and putting her travel box between the seat. This was a safe place for her and easy to access!

And off we went! Well, almost. Motorhome rookies better check some things twice, so we didn’t leave without going to get new gas bottles, fill up water, the toilet etc., and of course it took us a bit to get used to it. We were a bit concerned if it would be easy to maintain everything in other countries, especially as we didn’t plan to go to camping sites. Most of them would already be closed in the off season, but also it would not be what we expected from the trip.

But once on the road everything sorted out really fast. Using your phone within Europe got so much easier thanks to low roaming costs and thanks to google maps, google and some other apps like park4night or magicseaweed (for surfing) most things worked well!

Our first stop was Bern to visit friends. Driving a 7m truck into a city you never visited sounded a bit tricky, but worked well in the end. Especially the rear window in the A 70DK and the open space in the car help a lot to have a feeling for the size of the car. So we spent a night there, then headed toward the French border. We decided to not be guided by the route on google maps only, but stop whenever we found out about something interesting to us. So just outside of Bern we already stopped at a gallery to see another friend setting up for an upcoming show.

After spending two more nights in different spots in France on the way to the sea, we arrived in Capbreton at a perfect site. A van park with electricity right on the beach, 28°C in mid October and really quiet. We picked this stop as we have friends with kids there to visit, Benjamin is a very talented artist and his wife works as designer for a surf brand. We spend some days with them to go surfing and skateboarding and when it got busier as the weekend approached, we decided to continue our trip towards Portugal.

Time flew, it was almost halftime. So we were a bit concerned about the way back when driving the additional miles. But the kids were fine with it, they drew most of the time in the car. And even though we brought 2 small screens to watch DVDs, they had it on 3 times until that point. Costs added up as road toll in France for the big van was quite high, Spain and Portugal were cheaper.

We thought about driving along the coast of the Basque country all the way to Galicia, but skip this idea when it started to rain right after the border. So we ended up on the beach in Ericeira after a long drive. Waking up to the sound of the ocean was the biggest benefit of an exhausting trip. Well, this and the weather. It still felt like summer with 26°C and the Atlantic being around 19°C – something we didn’t expect as it was colder when we were surfing in June. The waves were perfect for the kids and we could have visited a lot of lovely beaches if there hadn’t been the way back. So after 5 days we decided to move again.

Madrid was on the way, so we took another stop. Also to see friends with family, and it was a great timing as they would show us around to see the Zoo and hang out. It was weekend and until then we only had 1 day of slight rain. But the weather rapidly changed afterwards and we knew we should head back.

For about two days Lilo had to fight heavy winds on the road. The way through the desert landscape around Madrid to the French Border was beautiful, but 5°C and 80km/h wind gusts made it feel like the whole way was uphill. When we crossed the border night broke and we decided to find a spot for the night. And ended up right on the beach of Leucate on an empty camper van park. We didn’t sleep a lot that night as the winds made the whole care shake and it sounded really rough. But woke up the next day to the empty beach, and made breakfast in front of a lighthouse on the cliff of Leucate.

Something that was definitely a highlight of the whole trip!

n Switzerland you could see the first snowy mountain peaks, and the forests had changed in color. We had another amazing overnight stop there, right at a lake, with a beautiful small country road going over a bridge. Driving through the orange/red/yellow woods we already thought of going snowboarding soon. And well, back to Salzburg we arrived to 10cm of snow …

We had a last weekend before returning the car, and of course we took advantage of the conditions! So we drove up to Obertauern, one of our favourite spots in the Salzburg area for a session. Lifts were still closed, but we had fun hiking up and taking a run. And the next day Planai (Schladming) opened up, so we took the kids to go snowboarding there. We hadn’t been there with the kids before, so we ended the whole trip with exploring new places close to home. And it was great to see how much there is to discover and see when you take time to.

Being back was nice, but also sad in a way. We would have spent a lot more time on the road if possible. But then again, this definitely won’t be our last adventure, and we already plan to see additional countries. There is so much to visit and we could imagine spending a lot of time on the road. So let’s see, once the baby is here we’ll probably figure out where to go next.

The whole roadtrip made us realize how less it takes to be happy, and the kids showed us that it doesn’t take a lot to get used to van life!

You can follow The Snowboarding family on their channels: 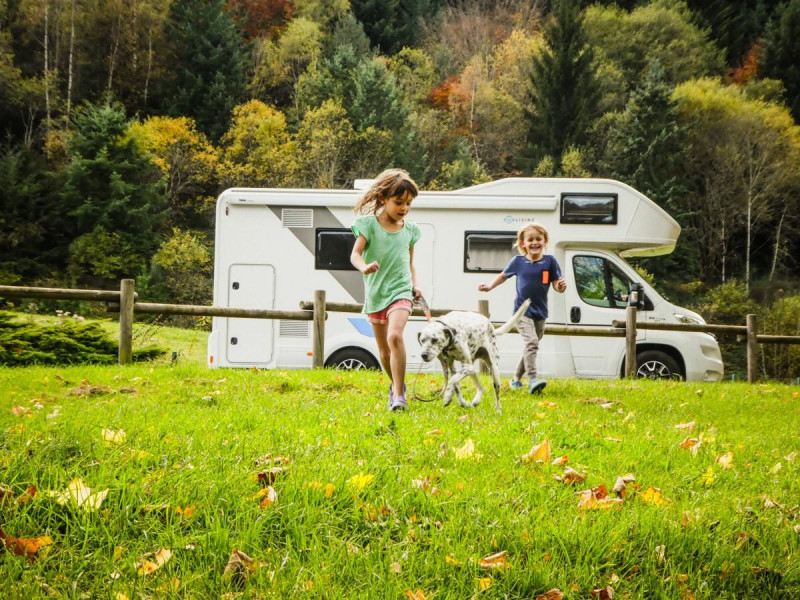 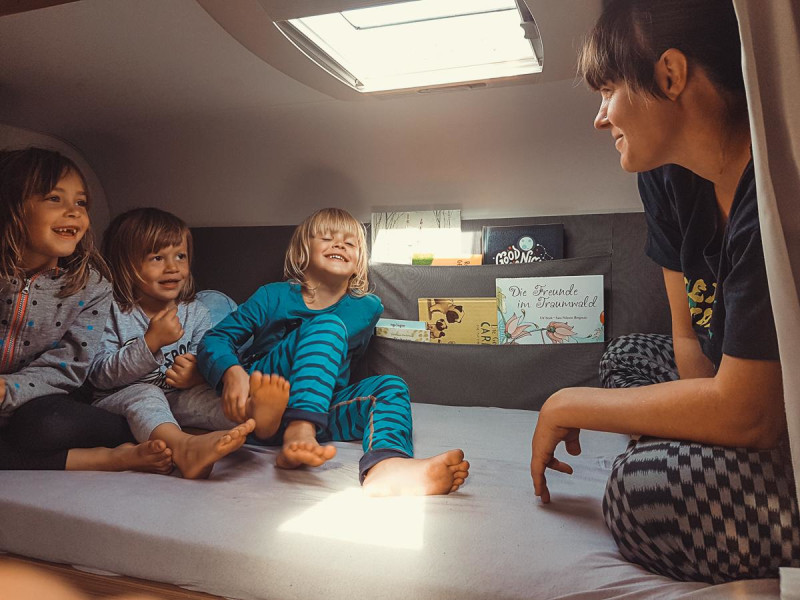 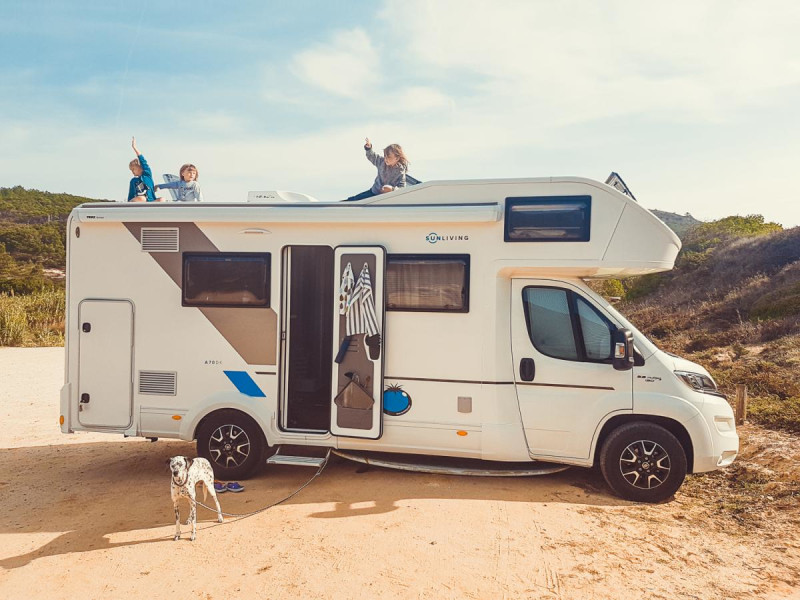 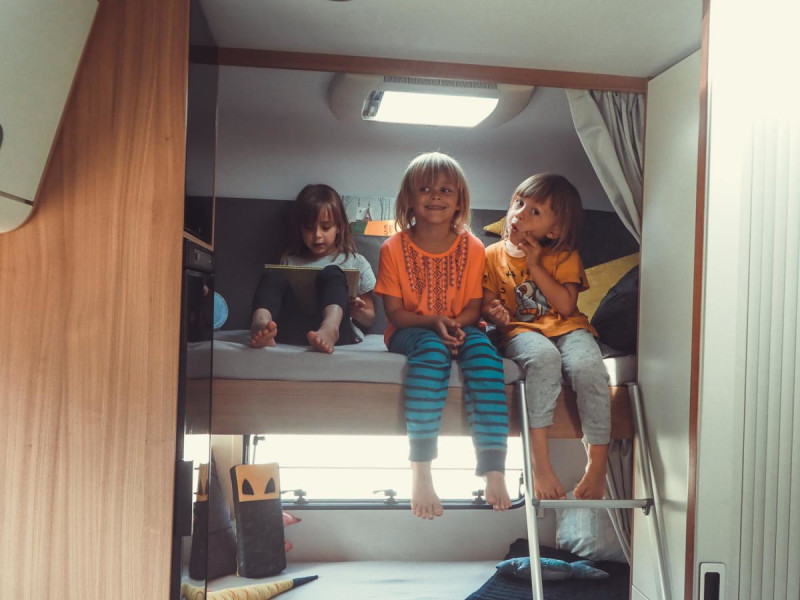 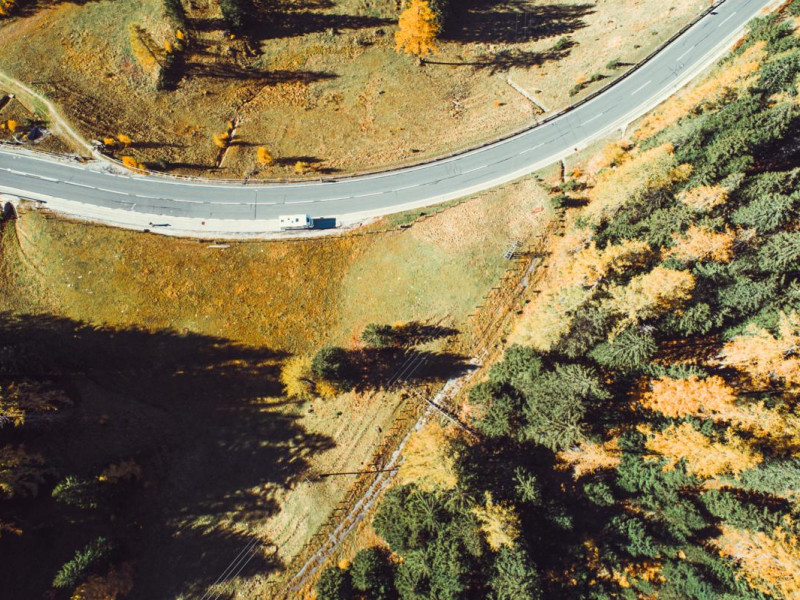 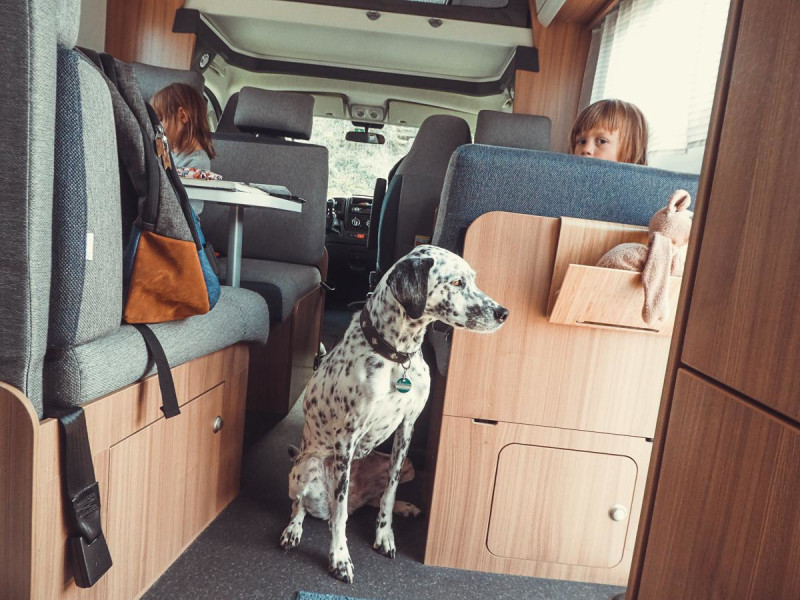 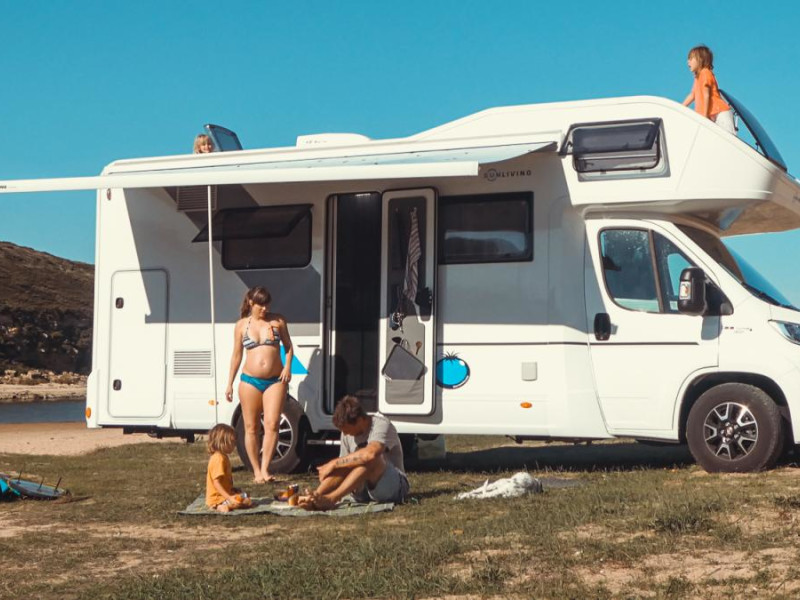 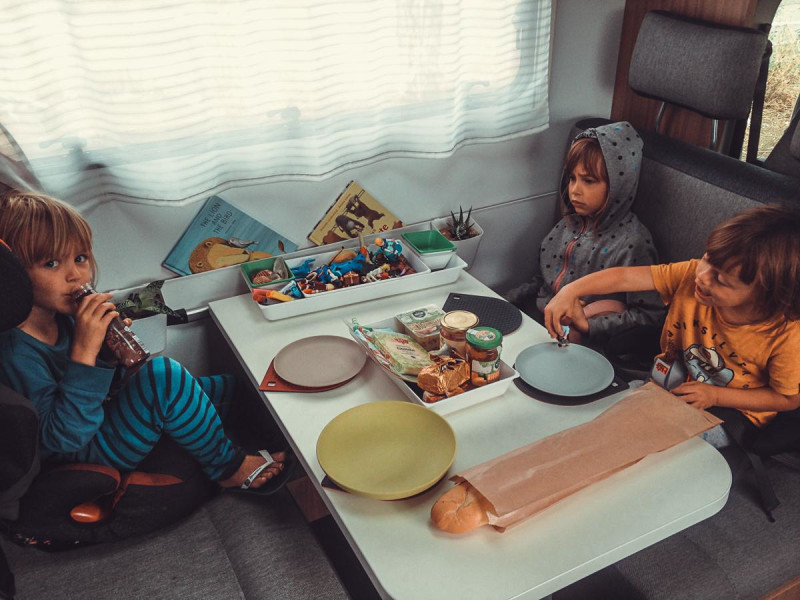 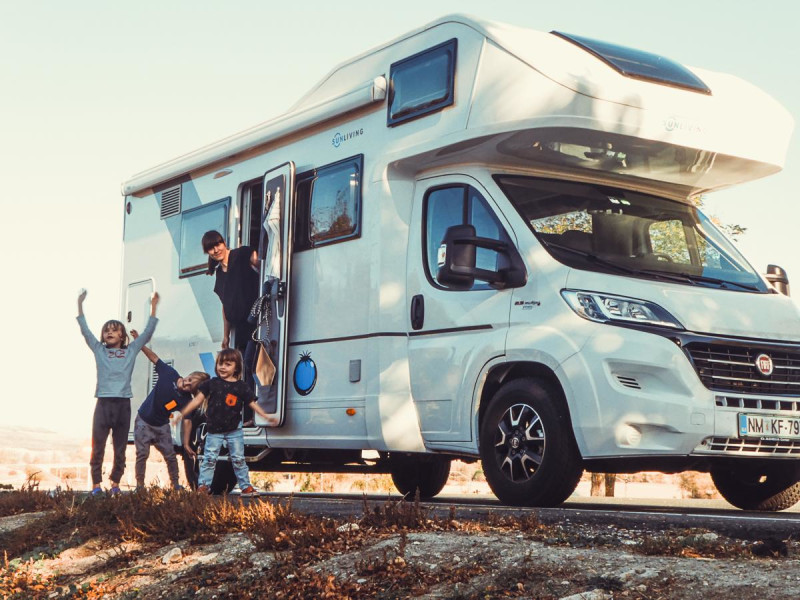 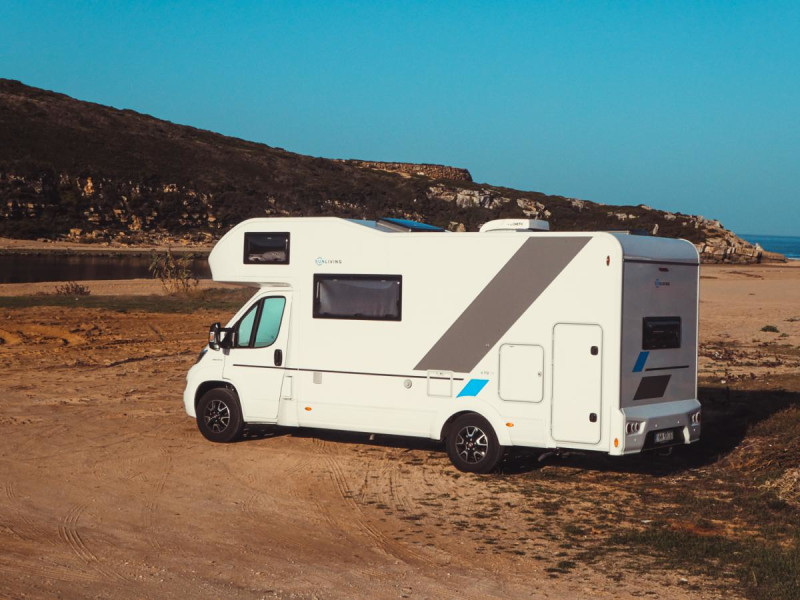 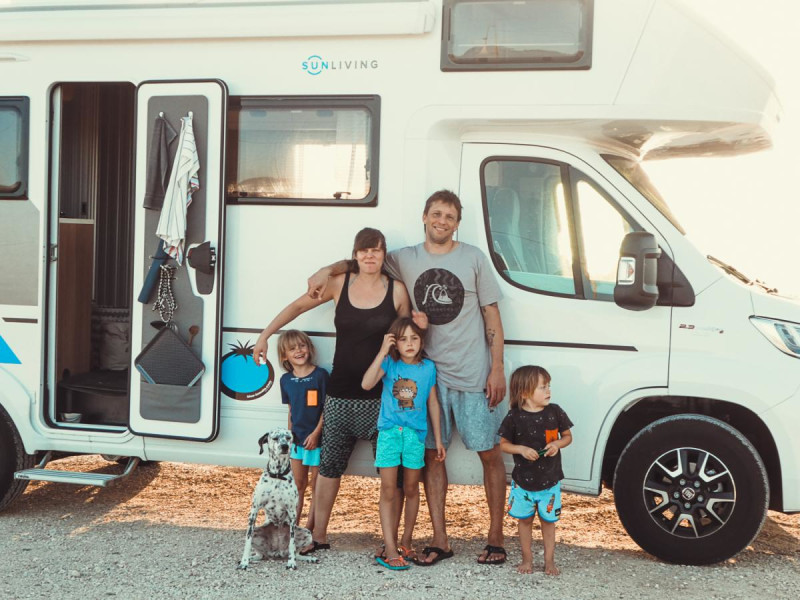 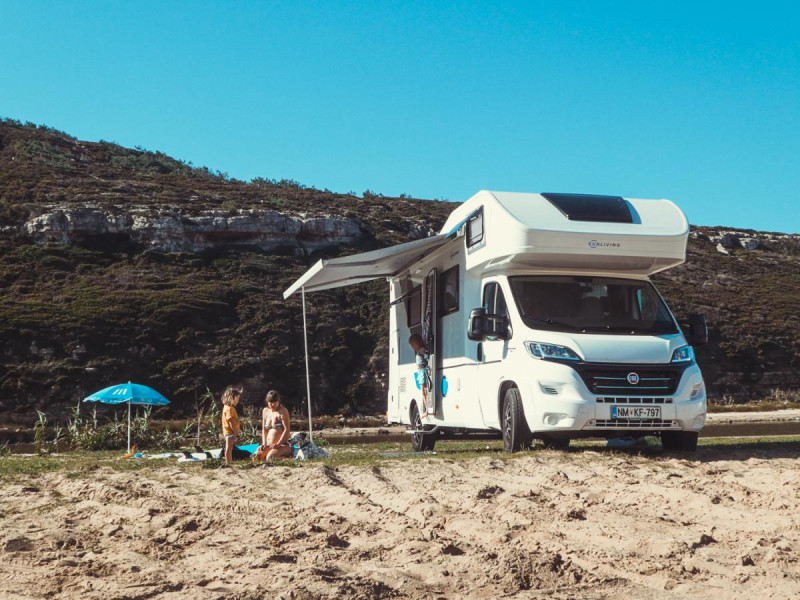 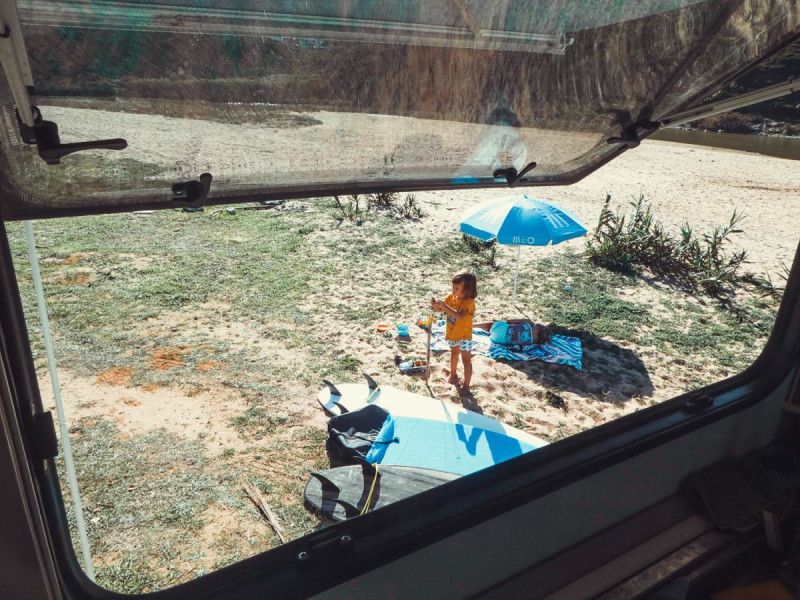 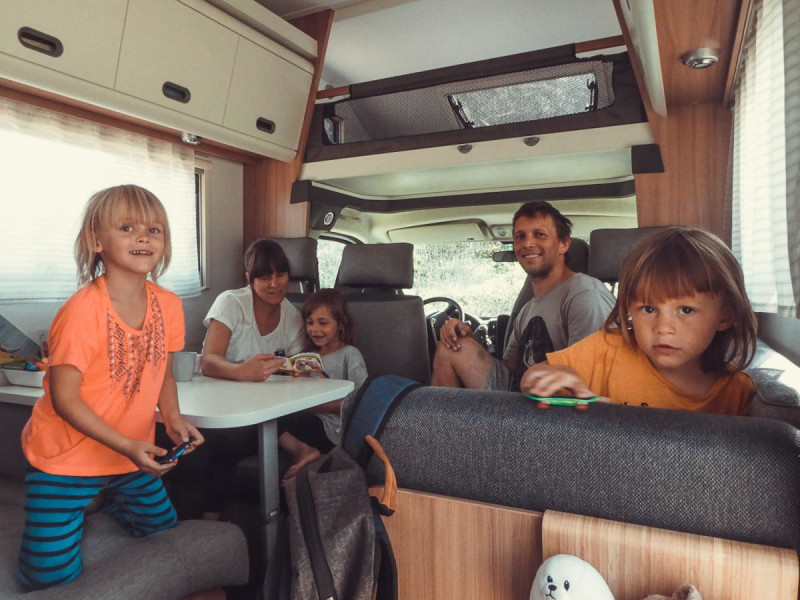 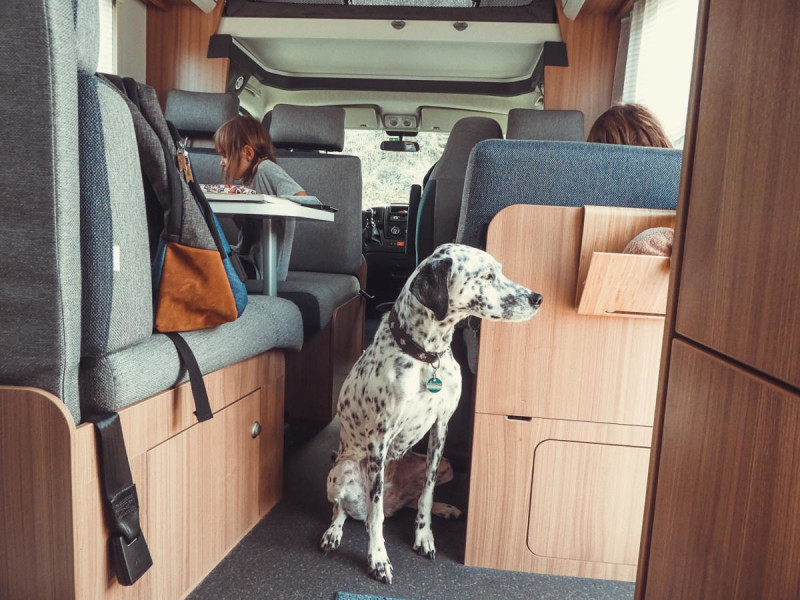 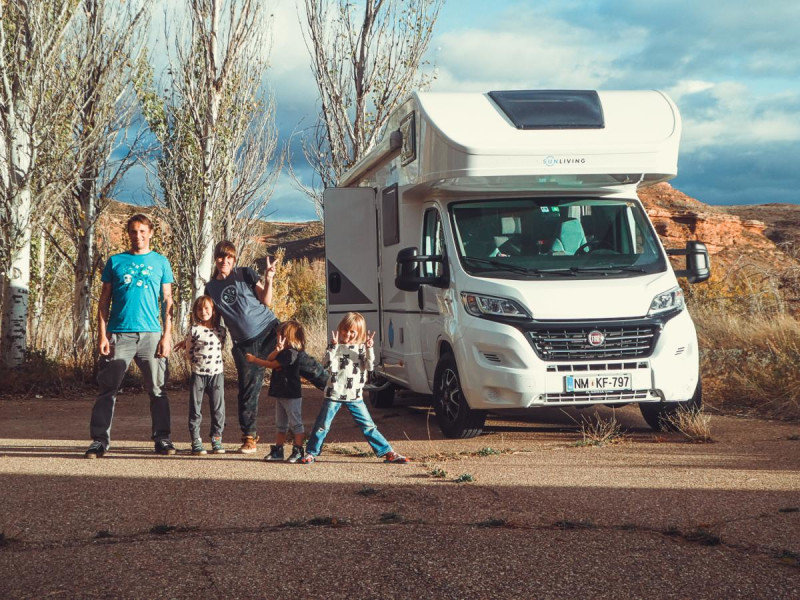 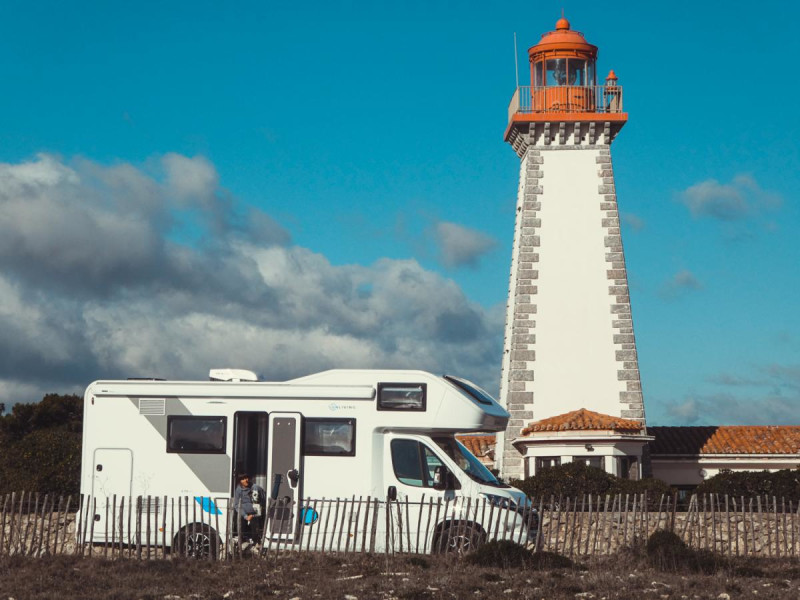